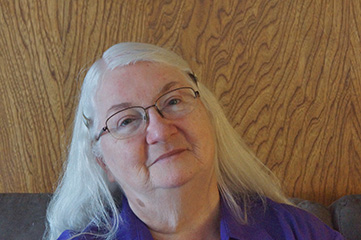 Elizabeth Ellis' work has been described as 'invariably moving and amusing.' A repertoire of more than four hundred stories makes it possible for Elizabeth to create programs tailored to fit the needs of the presenter and the age and interest of her listeners. Tales of Texas, Appalachian, and heroic American women are much requested, but stories of Elizabeth's own life are arguably her best. Adult concerts include How Women Won the Vote and Tougher than Woodpecker Lips (challenges). Children's concerts include There's Always a Troublemaker and A Trip Around the World in Folktales. Raised in the Appalachian Mountains in a family of storytellers, Elizabeth has shared her tales with over a million children and countless adults in her forty-one-year career. A perennial favorite at schools and libraries across Texas and at the National Storytelling Festival, she is a recipient of the John Henry Faulk Award and the National Storytelling Network's Lifetime Achievement Award. Elizabeth can awaken the storyteller and story collector in anyone. Workshops about collecting family stories are a specialty. Photo by Paul Porter. 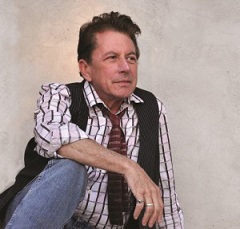 Joe Ely, 2016 Texas State Musician, is a true pioneer of the Americana sound. Elyâs boundary-blurring blend of rock, country, blues and folk might most accurately be described as âTexas Roadhouse.â His musical roots were established as a boy growing up on the vast and empty plains of West Texas. Elyâs legend was forged onstage, with relentlessly riveting live performances, hammered out over thousands of shows and countless touring miles from Lubbock to London and back again the long way around. Ely is embraced as a kindred spirit by artists as diverse as Bruce Springsteen, Linda Ronstadt and the Clash. Over his four-decade career, heâs been at the forefront of Outlaw Country, Alt-Country, and Texas Country and has been recognized as one of the best songwriters of his generation. Ely has garnered well-deserved accolades including a GRAMMY Award, a CMA Award, and the Americana Music Associationâs Lifetime Achievement Award for Performance. In addition to his groundbreaking work as a solo artist, he is also widely known for his musical partnership with countryâs first super group, The Flatlanders, with fellow Texas troubadours Jimmie Dale Gilmore and Butch Hancock. 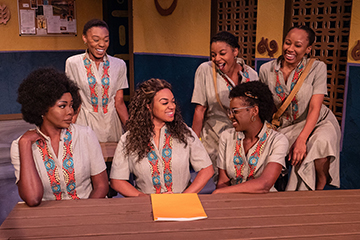 The Ensemble Theatre (TET) was founded in 1976 to preserve African-American artistic expression. TET produces a main stage season of six contemporary and classical works devoted to the portrayal of the African-American experience by local and national playwrights and artists. Theater programs benefit a multicultural audience that is diverse in age, income, ethnicity, and culture. The Ensemble's touring program provides live performances for students in schools, churches, and community organizations. Curriculum materials are designed to enhance the impact of the program and link plays to specific Texas Essential Knowledge and Skills and STEAM. Touring performances include Uncle Remusâ Brâer Rabbit, adapted by TET founder George Hawkins, a fun-packed story of African-American folklore and American popular culture. I, Barbara Jordan, by Celeste Bedford Walker, explores Jordanâs journey to greatness and those who inspired her. Additional touring offerings are developed yearly and may be derived from social-emotional learning concepts, standard childrenâs literature, national celebrations, or historical events. (See website for additional plays and season information.) Photo by David Bray. 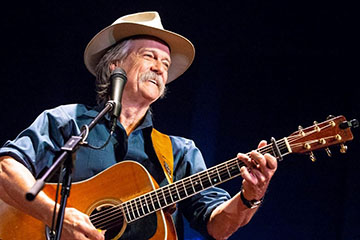 A member of Houston's 1960s folk music scene, George has been performing for over 50 years. His focus is always on uplifting the listener, and he tailors each concert to connect with audiences of all ages, using his extensive repertoire and showmanship to deliver a concert filled with poignancy and a healthy dose of wit and wisdom. At festivals, nursing homes, schools, libraries, churches, theaters, concert halls, listening rooms, and house concerts, his shows include original story songs mixed with country, gospel, and folk standards. His performances range from solo to duo, trio, or full band, and he offers songwriting workshops for songwriters at all levels. George has served as Texas artist in residence, won numerous songwriting awards, been nominated Songwriter of the Year by the Texas Music Academy, released 15 albums, and been inducted into the Houston Folk Music Archives at Rice University. His original song, Build A Bridge was adopted by the Build a Bridge Foundation for Healing through the Arts. George is a strong believer in the healing power of music, and whether playing a festival or an intimate concert for one in hospice, his mission is always to deliver the message of hope. Photo by Ira Hantz. 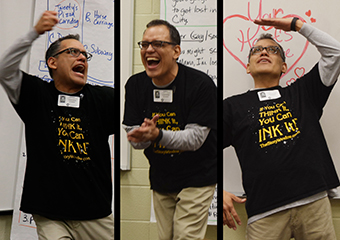 Your students take center stage to create exciting and unforgettable moments using nothing but their imaginations. Chris Espinosa XYZ, arts integrated teaching artist, improv-storyteller, and author, uses improv comedy to sharpen creativity, develop critical thinking skills, and inspire students to write a narrative or expository, and perform it! Espinosa's five-day residencies and workshops motivate students to write in class and for 'The Test.' Even reluctant writers will want to write! Chris has implemented over 100 residencies (2,000+ classroom hours) and helped thousands of elementary and middle school students write their stories and essays. Many of the schools that hosted his program experienced higher test scores. His Texas Essential Knowledge and Skills-based lessons focus on ideas, voice, and word choice; he adapts his program to support the writing methods in your classrooms. Chris is an author of two books; completed improv training from an original member of the Groundlings; founded two improv comedy groups; and traveled as an improv-storyteller for a live cotton-tail bunny and a robot dog. 'Chris Espinosa provided an engaging week of writingâ¦His exuberant personality hooked the fourth-grade students...The connections we made with him and the artistry we experienced have left a lasting impression.' Kimberly Paul, Basswood Elementary (Keller, Texas). Photo provided by artist. 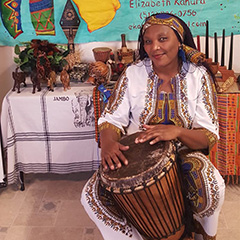 Elizabeth Kahura is a native of Kenya, Africa. Living in the United States since 1995, she shares the African 'beat' with audiences through the African Safari program. As a storyteller, musician, and teacher, Elizabeth educates while at the same time entertaining audiences through storytelling, puppetry, music, language arts, and hands-on art projects. Schools, libraries, museums, and festivals enjoy her inspirational countenance, her displays of African artifacts, and her ability to build a bridge of understanding. She demonstrates the similarities and differences between US and African cultures through several popular programs. A Day in Africa highlights geography and culture. A Jungle Walk highlights the flora and fauna of Africa. Folktales from Africa highlights interactive tales, poems, and chants. African Art highlights carvings, clothing, and instruments. Sound of Africa highlights the art of drumming and dance. Holidays around the World highlights Kwanzaa as it relates to other world celebrations. Programs align with school curricula such as social studies, language, and fine arts. Children will learn Swahili words through stories, songs, and rhymes in each program. Also available are diversity workshops for adults. Elizabeth received a Kenyans in Austin (KIA) 2017 'Mashujaa' (heroes) award in recognition of her contribution to cultural preservation and awareness. Photo by Andrew John. 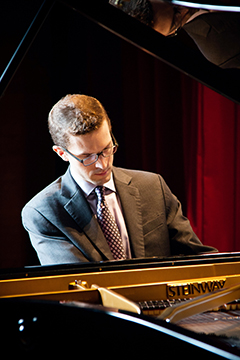 Pianist Evan Mitchell's recent highlights include debuts on the prestigious Dame Myra Hess Memorial Concerts series (Chicago), at Merkin Concert Hall (NYC), and at several major venues in Shanghai. He has played concerti with the symphony orchestras of Dallas, Fort Worth, and Victoria, among others, and collaborated in recital with such major figures as double bassist Gary Karr and clarinetist Corrado Giuffredi. Evan's new recording of world premieres with bassist Szymon Marciniak is earning rave reviews; most recently, Bass World called their performances 'intoxicating,' deeming this 'a seminal recording.' He is also featured on the 2012 release Piano de Pampa y Jungla: A Collection of Latin American Piano Music. Since 2014 Evan has been featured on the TCA Texas Touring Roster, and over the past eight years, he has given more than 300 performances for Cliburn in the Classroom. Programs include a repertoire of some 30 concertos, an extensive chamber, and collaborative repertoire, and thoughtfully curated solo recital programs. Photo by Dani Snell.