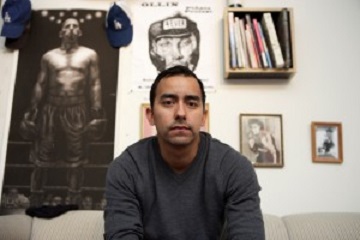 Vincent Valdez, 2015 Texas State Visual Artist in 2-D work, grew up in San Antonio and demonstrated talent for drawing at an early age. He received a full scholarship to the Rhode Island School of Design, where he earned his B.F.A. in 2000. In 2004 at age 26, Valdez was the youngest artist to have a solo exhibition at the McNay Museum in San Antonio when Stations, his suite of monumental charcoal drawings, was shown. Other exhibition venues include the Los Angeles County Museum of Art, the Snite Museum of Art, Parsons Paris, the Smithsonian Museum of American Art, OSDE Buenos Aires, and the David Winton Bell Gallery at Brown University. A recipient of residencies at the Skowhegan School of Painting and the Kunstlerhaus Bethania in Berlin, Valdez currently serves as Chair of the Drawing and Painting Department at the Southwest School of Art in San Antonio. Mr. Valdez is available for visiting artist workshops/lectures and also for audio/visual projects such as this one: http://livestream.com/wlu/strangest-fruit-radio-hour. 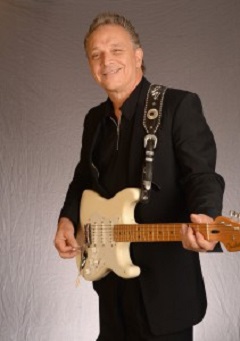 Dallas native Jimmie Vaughan, 2015 Texas State Musician, is one of the most respected and critically acclaimed guitarists in the world of contemporary music. His groundbreaking band, The Fabulous Thunderbirds, introduced the Texas blues to the MTV generation and a universal audience. Vaughan has been nominated for GRAMMY Awards for his work with The Fabulous Thunderbirds, as well as his work as a solo artist, in addition to the critically acclaimed âFamily Styleâ record he recorded with his younger brother Stevie Ray Vaughan, which sold over one million copies worldwide. Jimmie has performed and recorded with legends such as Muddy Waters, Buddy Guy, B.B. King, Albert King, Eric Clapton, Bob Dylan, Willie Nelson, Carlos Santana, Don Henley, and his younger brother Stevie Ray Vaughan. Throughout his career, Jimmie has carried on the Texas blues tradition of T Bone Walker, Clarence "Gatemouth" Brown and Lightning Hopkins, while creating his own unique sound and style. Jimmie Vaughan is proud and honored to be a Texas musician. 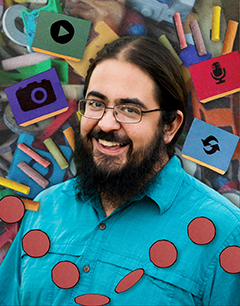 Have you ever wanted to bring your art to life? Johnny Villarreal and the Edge of Imagination Station are here to help! With over ten yearsâ experience teaching in the community, Johnny has shown users of all ages, abilities, and skill levels how to create animated sequences and short stories. His workshops cover the basics of stop motion animation and topics such as storyboarding, character development, shot selection, audio recording, and post-production. All of Johnnyâs stop motion animation workshops incorporate some mix of chalk, paper, clay, and miscellaneous objects. Available programs include a drop-in activity where participants learn the basics of stop motion animation and create their own animated sequences, a guided storytelling workshop where participants learn how to organize and narrate a short story, stop motion (plus) workshops where participants will learn about stop motion and incorporate additional processes and materials such as watercolor, cardboard sculpture, or special effects/post-production, promotional video production where teens in your community work together to create a promotional video for your organization, and creative content development workshop where you work with Johnny to plan and develop original creative content for your organization. Photo by Sweetleaf Photography. 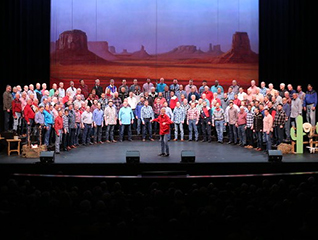 Imagine the impact of a best-in-the-world musical act, with more than 100 singers, at your next event, an experience unlike any of your attendees have experienced. If you want to get your audience on their feet and charged up, look no further than Dallas-based Vocal Majority! Their lush, multi-layered harmonies and electrifying choreography make each performance an extraordinary experience. Their 100+ voices have inspired people for 48 years. Their diverse repertoire energizes your event with three performance-length options: a 10-15-minute event kick-off, a 45-60 minute program, or a full, two-hour performance in two acts. Vocal Majority volunteer musicians have inspired thousands since 1972. They are a nonprofit Barbershop Harmony Society chapter and 13-time International Champion Gold Medalist winner. Men of all backgrounds, ages, and walks of life perform because they love singing and touching peopleâs hearts. Vocal Majority has performed throughout the US, and in Canada, England, Scotland and Wales. Theyâve performed in multiple cities across Texas, including Abilene, Anna, Crockett, Denton, Greenville, Kilgore, Lubbock, San Angelo, San Marcos, Tyler, Waco, and others. In 2019 they performed in Salt Lake City with Tabernacle Choir at Temple Square for the 4th time on their worldwide television and radio program Music and the Spoken Word. Photo by Andy Whalen. 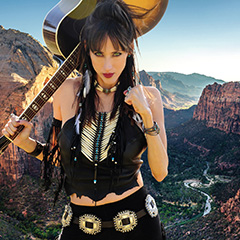 Hailed as a 'Renaissance woman of Austin, Texas' by the New York Times, Patricia Vonne has claimed many titles in her illustrious career: singer, songwriter, actress, activist, and award-winning filmmaker. The three-time Austin Music Award winner is back with her seventh album, Top of the Mountain. Vonne continues her trailblazing ride along the borderland where Castillian & Mexican infusions of flamenco and fiery gypsy guitar meets all- American rock 'n' roll. Vonne has toured internationally including the prestigious Montreux Jazz Festival in Switzerland & World Expo in Japan. She has shared the stage with Chris Isaak, Los Lobos, Raul Malo & collaborated with Texas musical heavyweights such as Charlie Sexton, Alejandro Escovedo, Joe Ely, Rosie Flores, Doyle Bramhall & Flaco Jimenez. Vonne toured as a member of Tito and Tarantula, the band featured in the Tarantino/Rodriguez film From Dusk Till Dawn. Vonne has appeared on the big screen in Spykids, Desperado, Machete and Sin City: A Dame to Kill For, in which she reprised her role as Dallas/Zorro Girl; Her song, Traeme Paz, was featured in the film Once Upon a Time in Mexico. 'Imagine a young Chrissie Hynde fronting the Mavericks with a little help from Calexico.' -WORD. Photo by Mark Guerra.