The Texas Commission on the Arts (TCA) is pleased to announce the Texas State Legislature’s 2019 and 2020 appointments to the positions of state poet laureate, state musician, state two-dimensional artist and state three-dimensional artist. 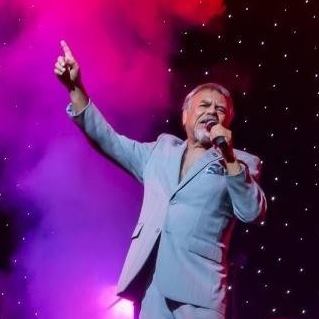 Little Joe Hernandez is the leader of Little Joe y La Familia, one of the most popular Tex-Mex bands. Described as the “King of the Brown Sound,” he helped to pioneer Tejano music, a mix of traditional norteño music and country, blues, and rock styles. In 1953, while working in the cotton fields of Texas, the thirteen-year-old Joe joined his cousin’s band, “David Coronado & The Latinaires,” as a guitarist. With his first paid performance at a high school sock hop, Little Joe realized that picking guitar beat picking cotton. In 1959, David Coronado left the band, which was renamed “Little Joe & The Latinaires.” In California in 1970, Joe discovered “Latinismo,” a strong Latin musical world which was not found in Texas at that time. It had a profound influence on his music and cultural values, prompting him to change the name of the band from The Latinaires to La Familia, emphasizing Joeʼs passion for his heritage and roots. Little Joe y La Familia have received five GRAMMY Awards and been nominated for eleven. Over sixty years and many albums after his start, Joe continues touring, breaking down cultural and musical barriers, and innovating his musical style. 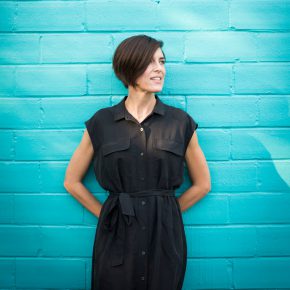 Carrie Fountain’s poems have appeared in Tin House, Poetry, and The New Yorker, among others. Her debut collection, Burn Lake, was a National Poetry Series winner and was published in 2010 by Penguin. Her second collection, Instant Winner, was published by Penguin in 2014. Fountain’s debut novel, I’m Not Missing, was published in 2018 by Flatiron Books (Macmillan). Her forthcoming children’s book on the life and legacy of poet W.S. Merwin will be published by Candlewick Books. Born and raised in Mesilla, New Mexico, Fountain received her MFA as a fellow at the James A. Michener Center for Writers at the University of Texas. Currently writer-in-residence at St. Edward’s University, she is the host of KUT’s This Is Just to Say, a radio show and podcast where she has intimate conversations with America’s most influential poets. Fountain lives in Austin with her husband, playwright and novelist Kirk Lynn, and their two children. 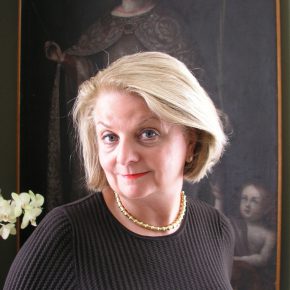 Mary McCleary makes collages of great complexity that combine painterly craftsmanship and striking iconography. Her subject matter comes from religion, science, history, and literature—the sources of big themes. McCleary has participated in over 350 one-person and group exhibits in museums and galleries in 29 states, Mexico, Canada, and Russia. These venues include the Crystal Bridges Museum of American Art (Bentonville, AR), the National Museum of Women in the Arts (Washington, DC), the Museum of Biblical Art (New York, NY), the Grey Art Gallery at New York University, the Boston Museum of Art, the Dallas Museum of Art, the Contemporary Arts Museum Houston, and the Nelson-Atkins Museum of Art (Kansas City, MO). McCleary’s works are in the collections of the Museum of Fine Arts, Houston; the Crystal Bridges Museum of American Art; the El Paso Museum of Art; the San Antonio Museum of Art; the Art Museum of South Texas (Corpus Christi); and the Art Museum of Southeast Texas (Beaumont). She is Regents Professor of Art Emeritus at Stephen F. Austin State University in Nacogdoches, where she taught from 1975 to 2005. In 2011, she was named Texas Artist of the Year by Art League Houston. 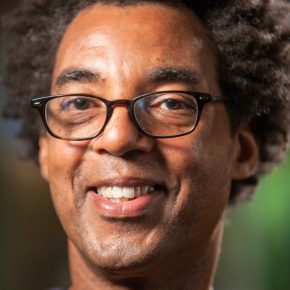 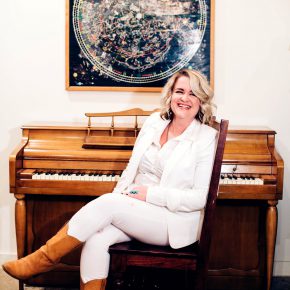 Emily Gimble has been singing and playing on-stage since she was seven years old. Music is in her blood: her father is guitarist and upright bass player Dick Gimble, and her grandfather is Johnny Gimble, one of the most beloved fiddle players of all time (and the 2005 Texas State Musician). Piano beckoned Emily early on—the Austin Music Awards named her “Best Keyboards” of the city four times (2013, 2014, 2018, & 2019)—as did her voice, full of natural range and feeling. “A Case of the Gimbles,” the 2005 album she recorded with her father and grandfather, showcased her vocals and launched Emily on a national family tour. With the Marshall Ford Band, Emily focused on western swing, and with Warren Hood and the Goods, she explored jazz, country, folk and pop. In 2014, Emily joined the iconic, GRAMMY Award-winning band, Asleep at the Wheel. With them, she played “Austin City Limits” twice and recorded a duet with one of her idols, Merle Haggard. In 2017 she released “Certain Kinda,” her debut solo album. She continues to tour on her own; with her family band, the Gimbles; and with artists like Amy Helm, Floyd Domino, and Hayes Carll. 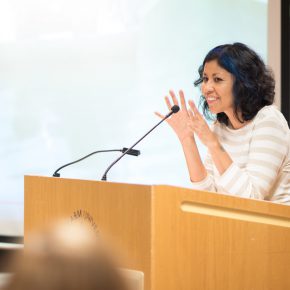 Emmy Pérez is the author of the poetry collections With the River on Our Face and Solstice. She is a member of the Macondo Writers Workshop and is a former recipient of poetry fellowships from the National Endowment for the Arts, CantoMundo, and the New York Foundation for the Arts. Her work is published on the Poetry Foundation website, in Poem-a-Day by the Academy of American Poets, in Split This Rock’s The Quarry: A Social Justice Poetry Database, and anthologies such as Ghost Fishing: An Eco Justice Poetry Anthology, Other Musics: New Latina Poetry, and Entre Guadalupe y Malinche: Tejanas in Literature and Art. A graduate of Columbia University and the University of Southern California, she grew up in Santa Ana, California and has lived in the Texas borderlands for over 18 years, in El Paso where she has family roots, and currently in McAllen. She is Professor of Creative Writing at the University of Texas Rio Grande Valley, where she received a UT Regents’ Outstanding Teaching Award. She also serves as Associate Director for the Center for Mexican American Studies at UTRGV, is on the organizing committee for CantoMundo, and is a co-founder of Poets Against Walls. 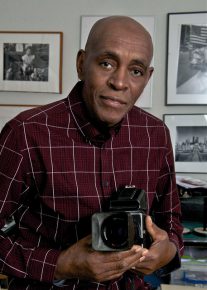 Growing up in Hattiesburg, Mississippi, Earlie Hudnall, Jr. learned the importance of community and culture. After serving as a Marine in the Vietnam War, he moved to Houston to study art at Texas Southern University. While there, Hudnall was hired to photograph communities impacted by the federal Model Cities Program, which was inspired by President Lyndon Johnson’s Great Society and War on Poverty. The young photographer explored and documented the daily lives of African American families, individuals, elders, and children in the Third, Fourth, and Fifth Wards, which had a lasting impact on him as an artist. Hudnall has continued to photograph these same communities throughout his career. Earlie Hudnall’s photographs have been exhibited widely in museums and art galleries throughout the country. His photographs are in major museum collections, including the Amon Carter Museum of American Art (Fort Worth); the Museum of Fine Arts, Houston; the Harry Ransom Center at the University of Texas at Austin; the Art Institute of Chicago; the Schomburg Center for Research in Black Culture (New York City); and the Smithsonian American Art Museum and the National Museum of African American History and Culture (Washington, DC). 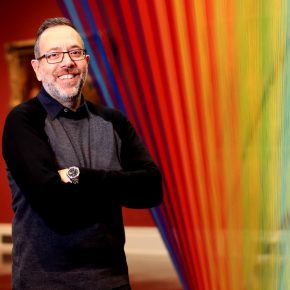 Originally from Mexico City, Gabriel Dawe’s work is centered in the exploration of textiles, aiming to examine the complicated construction of gender and identity in his native Mexico and attempting to subvert the notions of masculinity and machismo prevalent in the present day. His immersive, site-specific installations stem from that exploration and go beyond by awakening a universal sense of wonder in the viewer. Dawe’s work has been shown in numerous exhibitions at diverse national and international venues, including the Contemporary Arts Museum Houston, the Toledo Museum of Art, the Renwick Gallery of the Smithsonian American Art Museum (Washington, DC), Museum Rijswijk (The Netherlands), and the National Centre for Craft and Design (United Kingdom). His work is in the collections of several institutions including the Newark Museum, Crystal Bridges Museum of American Art (Bentonville, AR), the Amon Carter Museum of American Art (Fort Worth), and the US Department of State’s Art in Embassies Program. Dawe has lived in Texas since 2008 when he moved to Dallas to pursue an MFA from the University of Texas at Dallas. In 2018 he received its Distinguished Alumnus Award. 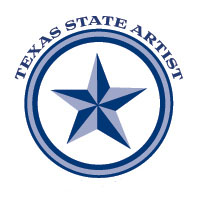